The following is a reprint from the 2021 University of Illinois Federal Tax Workbook, Volume B, Chapter 4: Rulings and Cases. The video is a discussion of the case between instructors Bob Rhea and Jerry Brune during Fall Tax School.

If you like reading and hearing about cases, keep an eye out for 2022 Fall Tax School, as we’ll cover more of the most pertinent and interesting cases of the last year then.

John Coleman was a licensed insurance agent before he retired in 2004. After he retired, he started an insurance consulting business that had a small amount of income in 2014, the year at issue in this case.

Mr. Coleman is a compulsive gambler. He started gambling on card games in high school and began playing slot machines in Atlantic City, New Jersey, during the 1980s. When casinos opened closer to his Maryland home, he gambled more frequently at those locations. He gambled even more often after he retired.

During 2014, Mr. Coleman received taxable nongambling income of $76,784 and a nontaxable personal injury insurance settlement of $150,000. In addition, he received $350,241 of gambling winnings, which were reported to him on 160 separate Forms W-2G, Certain Gambling Winnings, by the casinos at which he gambled.

Mr. Coleman gambled at four casinos in 2014, almost exclusively on slot machines. None of the casinos kept complete records of his gambling transactions. Casinos are required to issue Forms W-2G to report slot machine winnings of $1,200 or more,1 and all four casinos did so.

Mr. Coleman gambled on at least 193 days in 2014. If he did not have cash winnings left over from his last trip to a casino, he would stop to withdraw cash on the way to the casino. He usually made withdrawals from his account at Industrial Bank in amounts ranging between $2,000 and $3,000.

Mr. Coleman had two credit cards and two credit union accounts. If he ran out of money while he was gambling, he would withdraw money from an automated teller machine at the casino, obtain an advance on a debit or credit card, or get a cash advance from the casino. During 2014, he made 210 withdrawals from his credit cards and credit union accounts when he was gambling. These withdrawals totaled $240,113.

Mr. Coleman’s financial accounts did not show any increase in net worth that could be attributed to net gambling winnings. His wife had separate bank accounts, and there is no evidence that he deposited any gambling winnings into her accounts.

Mr. Coleman did not file a timely return for 2014 and did not make any estimated tax payments. The IRS prepared a substitute for return (SFR) for him and issued a notice of deficiency based on the SFR. The notice showed a deficiency of $128,886, which was largely attributable to $350,241 in unreported gambling winnings.

There were a number of issues presented in this case, but this discussion focuses on whether Mr. Coleman substantiated gambling losses in excess of $350,241.

Using statistical techniques, Mr. Nicely estimated the likely outcome of Mr. Coleman’s gambling transactions during 2014 based on the frequency at which he gambled and the expected win percentages at the casinos where he gambled. Mr. Nicely concluded that Mr. Coleman had overall net gambling losses of at least $151,690 during 2014.

Mr. Nicely stated that if a player gambles long enough and does not win any prizes that are exceptionally large relative to the size of the wager, it would be virtually impossible for that player to have annual net gambling winnings. The casinos at which Mr. Coleman gambled configured their slot machines so that the average player return percentages ranged between 87% and 95%. The average player return percentage could not exceed 95% without written permission from the state lottery. Mr. Nicely testified, that in his opinion, the odds against Mr. Coleman having even $1 of net gambling profit for 2014 were at least 140 million to 1.

For a taxpayer who does not engage in gambling as a trade or business, losses from wagering are allowable as an itemized deduction, but “only to the extent of the gains from such transactions.”2 Taxpayers are required to prove they are entitled to all deductions claimed. However, gamblers often do not keep complete records of their gaming wins and losses. In some circumstances, the court estimates the amount allowable when a taxpayer establishes that they paid or incurred a deductible expense but does not establish the exact amount.3

The IRS determined that Mr. Coleman had gambling winnings in 2014 of $350,241, based on the amounts reported on Forms W-2G. However, Mr. Coleman’s financial records supported his contention that he did not have net winnings during 2014. He withdrew $240,113 from his credit card and credit union accounts on casino premises. His financial accounts did not show any increase in his net worth that could establish that he had net gambling winnings in 2014. His credit union accounts had aggregate opening balances of $1,365 and aggregate closing balances of $608. His Industrial Bank account had an opening balance of $233 and a closing balance of $8,598, although he deposited a $150,000 insurance settlement into that account in March 2014. Mr. Coleman testified that most of the $150,000 was lost gambling, and the court found his testimony credible.

Mr. Coleman lived modestly (except for his gambling), and he made no major lifestyle changes in 2014. He did not purchase real estate, jewelry, or other expensive property, and he made no large gifts. In addition, Mr. Coleman was often late paying bills, and his house was subject to a tax sale in 2014. This evidence convinced the court that he did not have any net gambling winnings in 2014.

The court held that Mr. Coleman provided sufficient evidence to show that his gambling losses were at least $350,241 in 2014. 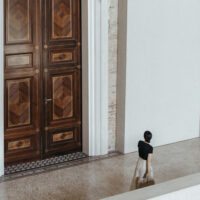 Recent Tax Court Cases on Common Issues Three recent court cases touch on issues that often face clients. One involves the tricky issue of what is a taxpayer’s “tax home.”… 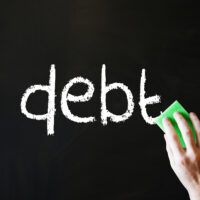 Excluded Debt Forgiveness Bites Back Earlier than Expected Now that the tax extension deadline is behind us, we can focus on sharpening the saw, figuratively speaking. It’s not often that…

Join 1,100 of your colleagues and get notified each time a new post is added.