Tom talks through some important distinctions about deductions involved with office in the home. Give it a watch or if you prefer to read, check out the full video transcript below.

Hey gang. Tom O’Saben coming to you from the hallowed, if not frigid halls of Mumford Hall at the University of Illinois, Urbana Champaign, where this morning it’s a balmy minus three if you’re walking around outside. So this is going to be our tax tidbit of the week. And hope the tax season so far is going well for you. And I’ll try to share these little ideas as they come along.

You know, I’m a practitioner as you are. And one of the big changes that I made in my firm last year is – since I joined the mothership, as we call it here, at the campus in the Tax School – I sold my tax practice and it’s now owned by Sue Voth of V&R Accounting in Quincy, Illinois. So one of the things that I’ve had to learn is a new software. I had used one software for many, many years. And now I’m making that transition to the software that we use through V&R Accounting. So far, the transition has been going pretty well but I find myself following an old mantra that my mother used to have when she was living and that is “a new broom sweeps clean.” And that’s going to be the purpose of our little quick, quick tidbit for you this morning. And it’s to deal with office use of the home.

So first, let me give you a little bit of background when I’m talking about office use of the home. Prior to 2018, I think all of you out there would agree with me that let’s take the situation for example of a Schedule C taxpayer. And that Schedule C taxpayer has a loss, bottom line Schedule C (remember, I’m a forms guy). So we’ve got that loss but we have determined that we have a bona fide office in the home. I think all of you out there would agree with me that prior to 2018, when we go to that Form 8829, our office use percentage of real estate taxes and mortgage interest can make that loss bigger; can increase that loss. So that’s a positive because it reduces AGI, we’re not stuck on itemized deductions, etc, at least with that percentage. Those other expenses, which would be in that second area of that Form 8829 –  things like insurance and repairs and utilities – they can’t make that loss bigger. They are carried over’ they’re carried over to future times when there would be profit. And if there is a profit and the client stops doing the business, they’re just gone. Depreciation is in there too. So with that background in mind, here I am in my new arrangement, going through the new software, and I’ve got a client in exactly the situation I’m describing, 2019. And I put in all the information for office use the home, it’s a very different input screen than what I was used to. And no matter what I would do, when I go to generate the Form 8829, the real estate taxes and mortgage interest won’t populate in that top part of that Form 8829. They’re sitting down there with those excess deductions and being carried over. In other words with that Schedule C loss, no office use of home.

So I’m thinking what am I doing wrong here? What am I missing? What box am I not checking? So Sue Voth and and I got together and we got Kim on the phone (Kim Parrish from our office in Quincy) and we started to brainstorm to make sure things were checked. And then Kim, who’s a really really studious person, went to the instructions for Form 8829. And ladies and gentlemen, here’s the rub and my concern (maybe I’m the only one out there in tax practitioner community that didn’t know this). But let me tell you this. And it has nothing to do with whether or not your tax payer has a loss. When did TCJA come into effect? 2018. Kim not only looked at the instructions for Form 8829 for 2019, but she also looked at the instructions for 2018. And here’s the rub. If your client takes the standard deduction on their 1040 (we’re not talking about that simplified home office method. I’ll talk about that in a little bit)… If your client is electing the standard deduction on their 1040 -remember those increased dramatically under TCJA. A married couple, for example, went from about $12,700 to this year, it’s $24,400. Here’s the deal. If your client elects the standard deduction, then the instructions say, don’t make an entry for real estate taxes or mortgage interest in that normal part one area, and we’re showing that for you on the screen, in that normal part one area, make it in part two, where it’s an excess deduction. Now, this isn’t going to impact a client who has a profit, because the profit will flow over to the Form 8829. We’re going to skip that first section because they’re taking the standard deduction on the 1040, and it’s going to go down to that excess area, and at least bring us to zero. So I will say that that’s the best we can do in this scenario. But for that client that has a loss, you’re not going to get office use of the home if in fact, your client has taken the standard deduction on 1040. Now, you might be aware that taxpayers can elect to force taking itemized deductions. And there are certain circumstances where a client must itemize deductions. Say for example, you know, married filing separately where one of the parties itemizes, both of them have to itemize. But a client that’s not bound by those rules could also elect to do itemized deductions instead of the standard deduction. In that environment, then the client would get the real estate taxes and the mortgage interest- that percentage the business use percentage – to take against either income or a loss. But you’re going to have to compare that to the standard deduction. In my client’s situation, the itemized deductions were only going to be about $13,000. So that standard deduction far outweighed any benefit we would have by forcing the itemized deductions.

Anyway, I’m expecting that maybe a lot of you already knew this. I’m going to say mea culpa because when Sue and I were out teaching TCJA, live fall sessions that I did, webinars and all that, I actually explained that the limiter to real estate taxes and mortgage interest was only on Schedule A. I was wrong. In this case, for example, because the client has elected standard deduction, it’s going to impact their ability to use office use of the home, at least in the indirect expenses (that first block area we demonstrated to you on the Form 8829). So a client with profit, it certainly would make sense to compare the traditional office and home method and yet I was teaching that perhaps the traditional method would have more applicability during the TCJA years. I take that statement back. So my concerns are should we look at the simplified option, which is only going to be available, if in fact, we have a profit. So you’re going to take that step – $5 a square foot times a maximum of 300 square feet – we don’t use Form 8829 for that. And then you’re going to want to compare that result to the traditional method. Or in the case of my client where there was a loss: Does it make sense at all to have excess deductions? My crystal ball is cloudy, I don’t know when and if this business will have profit. Because let’s not forget, we were living here in the state of Illinois. So Illinois gives people a credit for their real estate taxes; 5%. So if we’re taking the office use of home in this loss situation, we’re not currently benefiting, but we still have less credit to Illinois, because they’re doing the 5% credit based on the reduced amount after office use the home. In essence, I agree with that, because there’s a benefit for the client -not today. But it’s a benefit more or less sitting in the bank.

So I don’t know if you were aware with it, I want to throw that caution out there again that this actually began in 2018. So going back to my mom’s statement about a new broom sweeps clean: I didn’t pay any attention to it last year. Last year, I wasn’t using a new software. My software did pretty much the same thing as it did in ’17. I’m probably not a whole lot different from you. You always look at last year’s return before doing this year’s return. Everything looked the same. The client’s probably going to get an adjustment letter from the IRS, because we should not have been able to increase that loss for the business use percentage of the real estate taxes and mortgage interest when we were taking that much higher standard deduction, thanks to TCJA.

We’re not talking about big numbers, but nonetheless, I want to make you aware of these things that we find during tax season. We’ll continue with these tidbits on a weekly basis. And I hope tax season is not too “taxing” for you. So once again, we’ll say goodbye for just a while from the frigid halls of the mothership. And I’ll say all the best and goodbye for just a while. 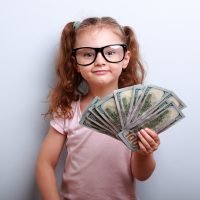 Allowable Deductions for Trusts “I don’t always ask questions about trusts or estates, but when I do, I ask the Tax School…” We’re coming to you today as a follow… 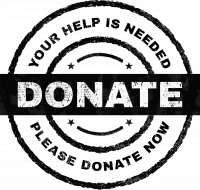 Charitable Deductions for Trusts “I don’t always ask questions about trusts, but when I do, I ask the Tax School…” As promised when we presented our trust in-depth webinars in…